Dawn and Darren Kramer then recorded trumpet and trombone, followed by a “String Date” with engineer Paul Vastola at Rocky Mountain Recorders where we added live strings for the songs and narration. Executive producer  John Street also added some nice touches on the clarinet for key parts of the score. The last piece was to add Jazz Legend Hubert Laws, so off to LA for an incredible session with engineer Geoff Gillette at Entourage Studios where Hubert magically became the “Hummingbird” and “Little Growl” with his flute.

We started with Grammy nominee and co-writer Chris Daniels singing “Welcome to the “Shake,” followed by 3 time Grammy nominee Todd Buffa flying in to sing “Doin’ the Jazz Joint Jump” at Airshow Mastering.  Mark sang “Her Name Is Little Growl” and “He’s the Loneliest Monkey.”  Steve had suggested Jazz icon Al Jarreau to sing “Do the Monkey Swing” and the song Hubert had just recorded, “Hubert Hummingbird” but we didn’t know if he was within our reach. Never afraid to ask, Steve called Al’s manager; they loved the project! Life lesson – never be afraid to ask! We recorded Al at Entourage and Hubert even dropped by for some improv! Pure magic!

Next, award winning voice talent and Muppeteer James Murray recorded the narration.  It was amazing to watch him bring the characters to life when only moments earlier they had been just words on a page.

Needing one more vocal, we flew out to Vegas to record the fabulous Grammy winning Dee Dee Bridgewater singing our tribute to the First Lady of Song, Ella Fitzgerald (“This Elephant’s Gerald”) and it was a wrap!  James Tuttle did the final mixes and Dominick Maita added the last bit of sparkle in mastering and “A Swinging Jungle Tale”  – was ready to swing!

JumpinJazz Kids: Behind The Scenes 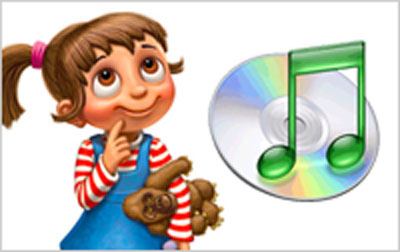 LISTEN TO THE SONGS 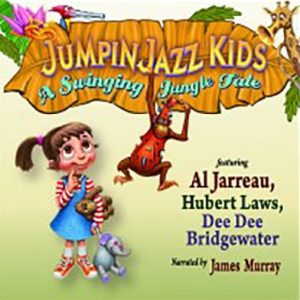 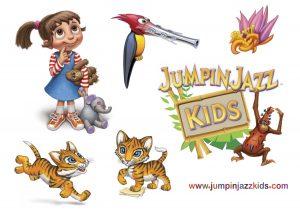 All CD orders are shipped with a free sheet of JumpinJazz Kids rub-on tatoos!